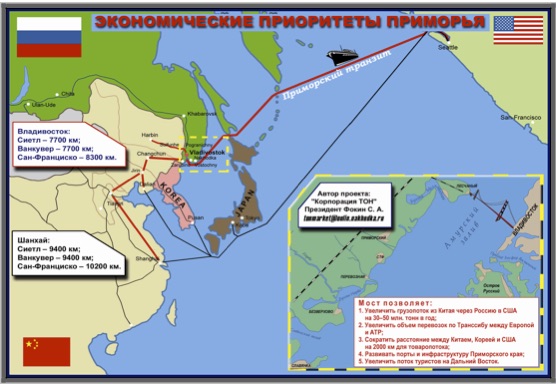 The program “Coastal Transit” was in the framework of the program “Gore – Chernomyrdin” is of strategic importance for Russia. The black line is the current route USA-Japan-China-USA, where the big vessels 50-100 thousand tons deadweight, were unloaded in the ports Kobe (Japan) and Pusan (South Korea) to the vessels of type “river-sea”, then departed to China.
The alternative of this project was the project “Tumangan” (the river on the borders of China, North Korea and Russia – which enables China to directly enter the Japanese Sea and Asia Pacific.
China currently participates in reconstruction of ports of North Korea – Radjin and Sambon, and the transport corridor to the Chinese city Xingcheng – 100 km (North Eastern China). 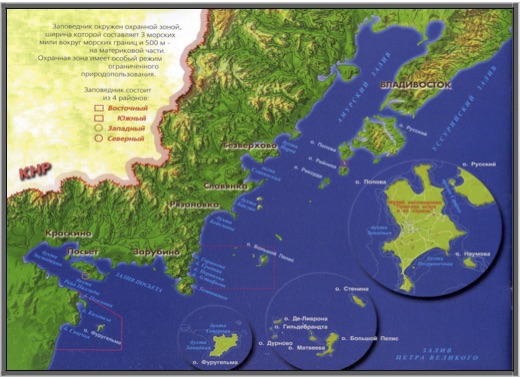 In March 2006 there was a forum in Vladivostok (RZD — Russian Railroads – represented by Mr. Yakunin) regarding the prospects of development of Trans-Siberia Railroad, and the first stage of it in Primorsky (Coastal) region of Russia (The project name is “Golden Link”).

Primorsky region, the project “Golden Link”: reconstruction and construction of new lines of ports Zarubino in the Troytsa (Trinity) Bay and Pasyet, prospective part of the railroad continuing the Trans Siberia Railroad up to the Chinese city Xingcheng – 72 km. 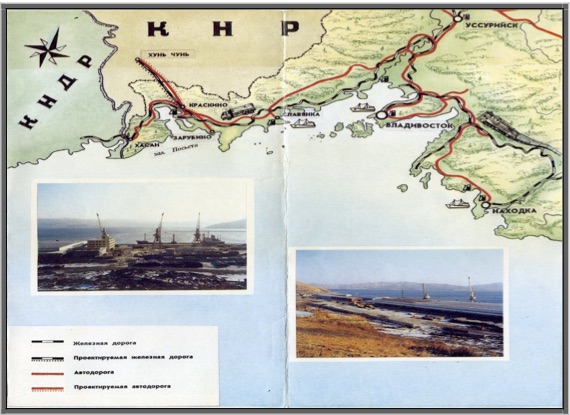 “Peter The Great Bay”, the territory of Khasansky district, railroad and road Khasan-Khabarovsk 559,23 mi. The distance from the port Zarubino directly from the junction station Sukhanovka to the Chinese border is just 22 km. The transport junction Russia (Zarubino)-China fixes the strategic advantage of economic development of Russia in Asia-Pacific Region. The cargo flow could achieve the figures of 100 million tons.

Currently, it is only the project (conditionally) “Troytsa” is well-grounded and is completely justified for the promotion of Russian interests in the Asia-Pacific Region. 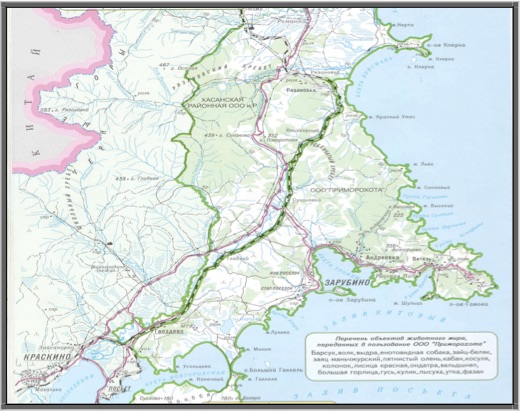 This project is the starting point in the mega-project of the transport corridor “Euro-Pacific” (Europe-Pacific Ocean), the main task of which is to realize the formation of the economic borders of Russia.